In the 1990's a text based system called "Gopher" competed against the World Wide Web.

However Gopher is still around today and now you can play Solitaire over Gopher! 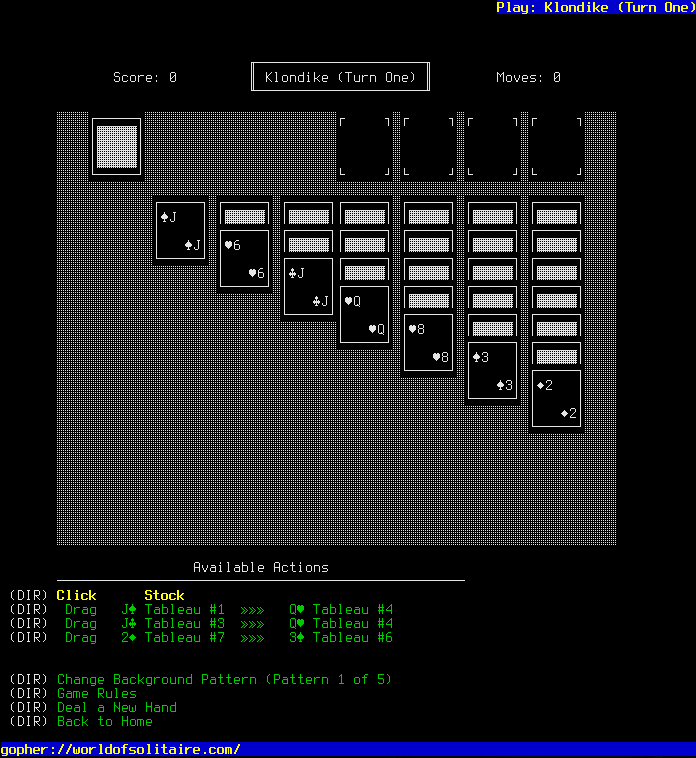 First you need a Gopher client. I recommend these two:

Then simply point your Gopher client to: gopher://worldofsolitaire.com/

Well, it was fun to code. That's the only reason :)

I wanted to know the temperature and humidty of several different rooms and compare that to outside readings.

Component lists, links and code located at the bottom of this post.

Let's start out with pictures: 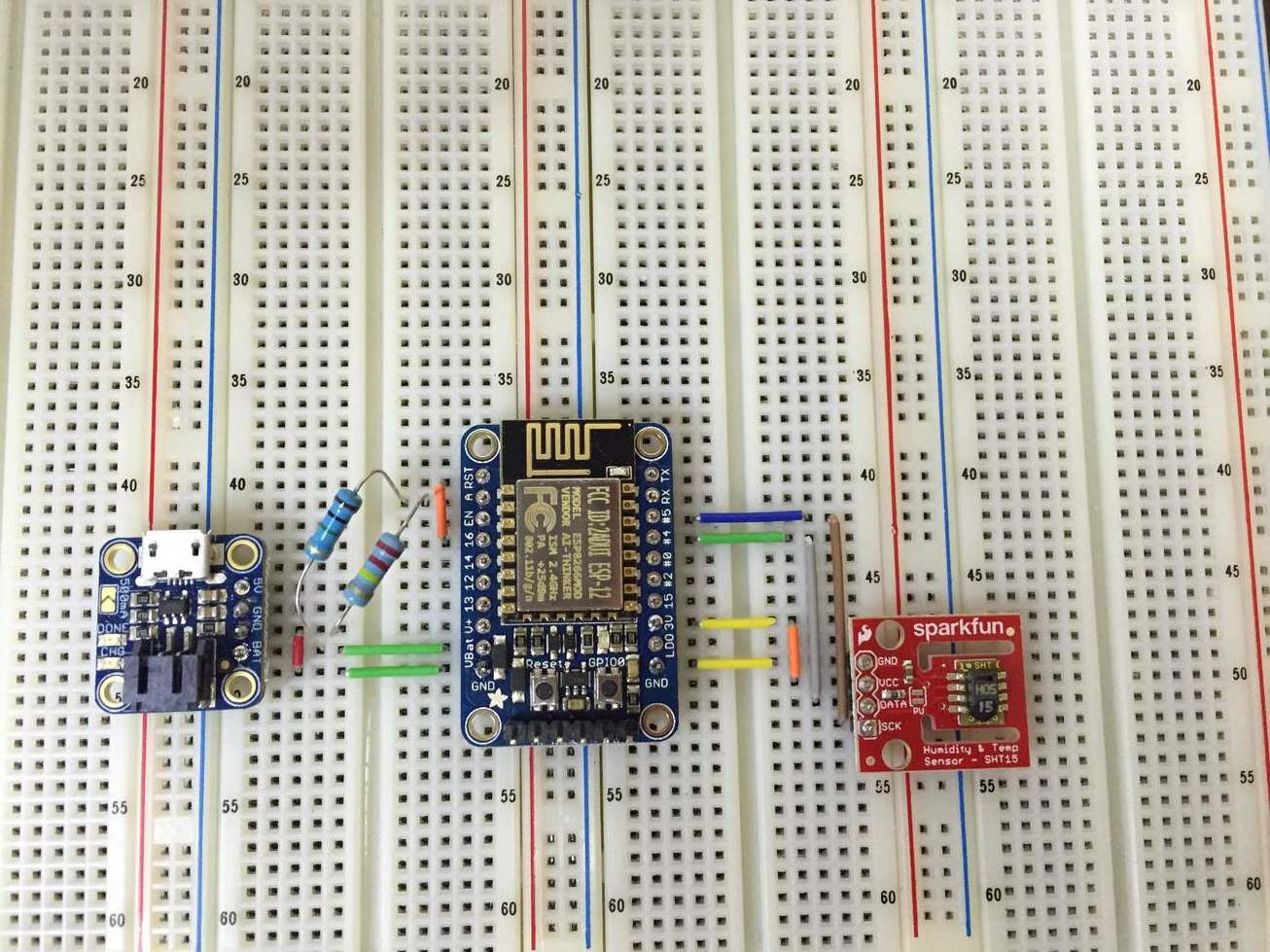 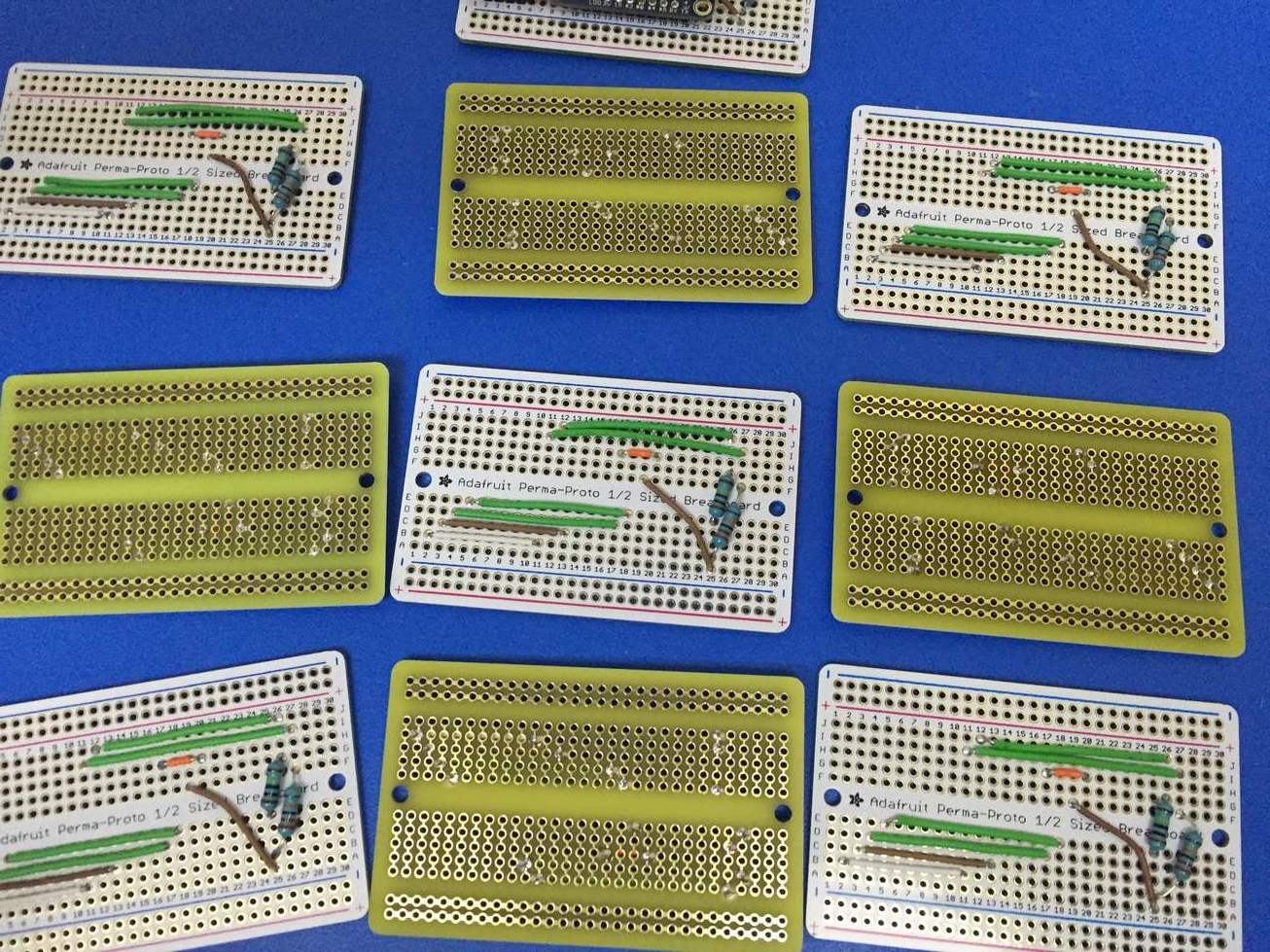 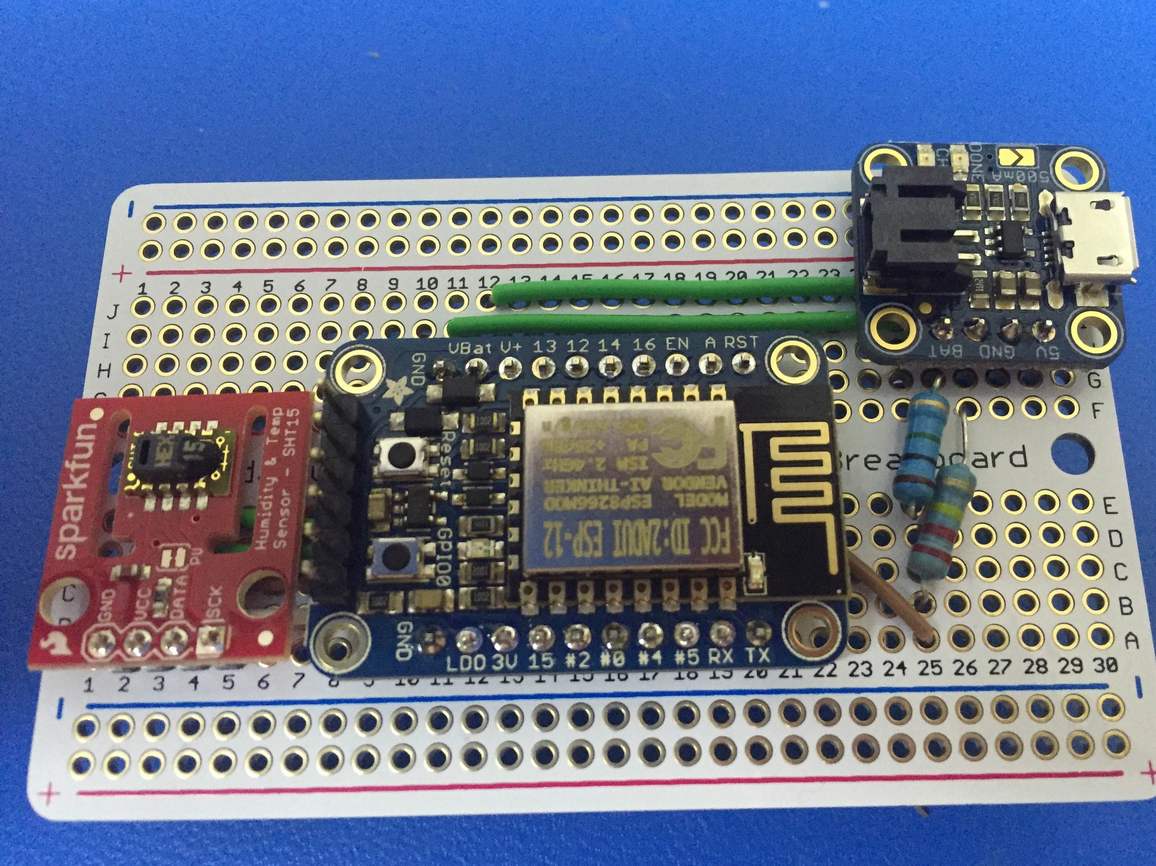 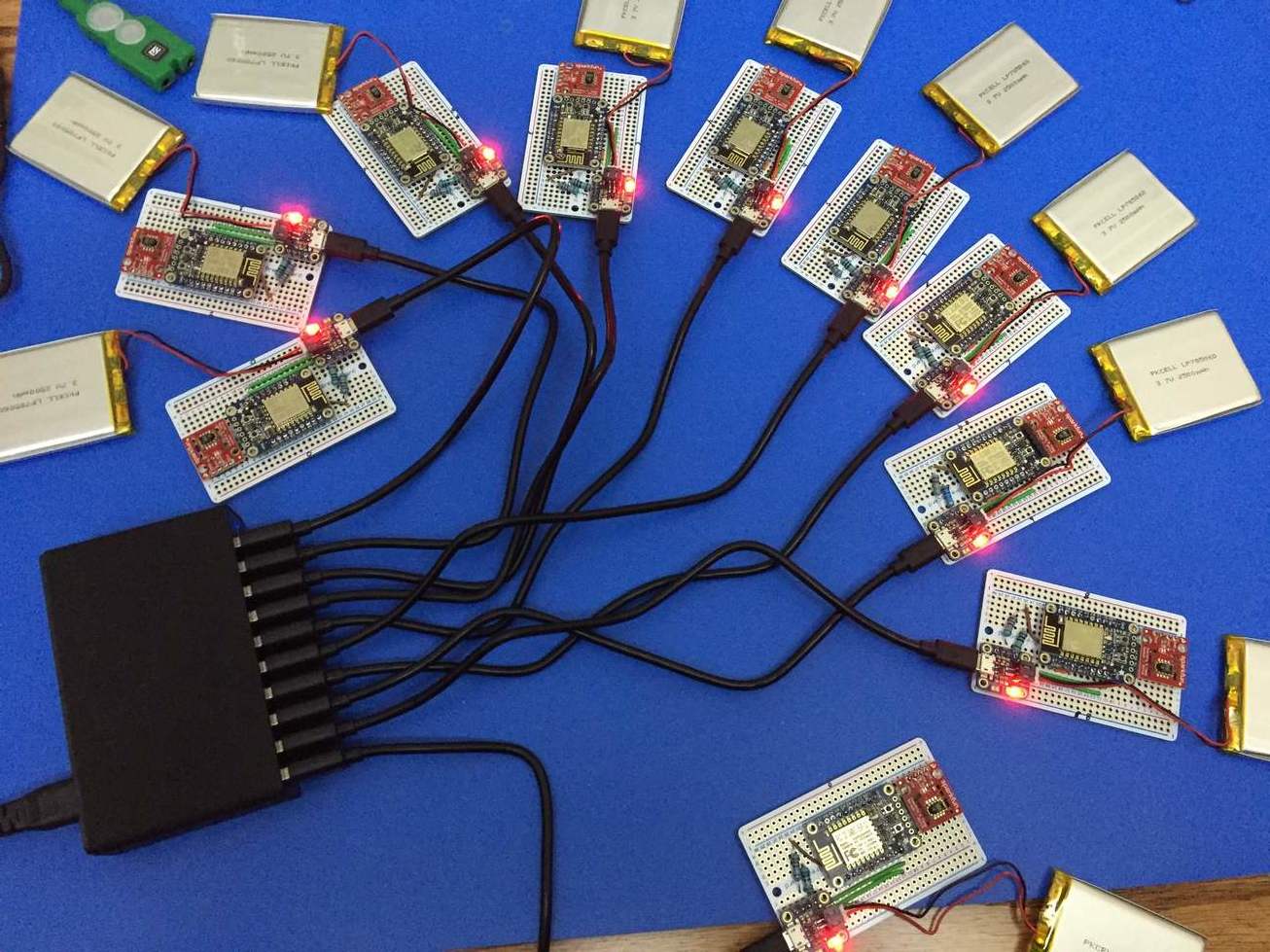 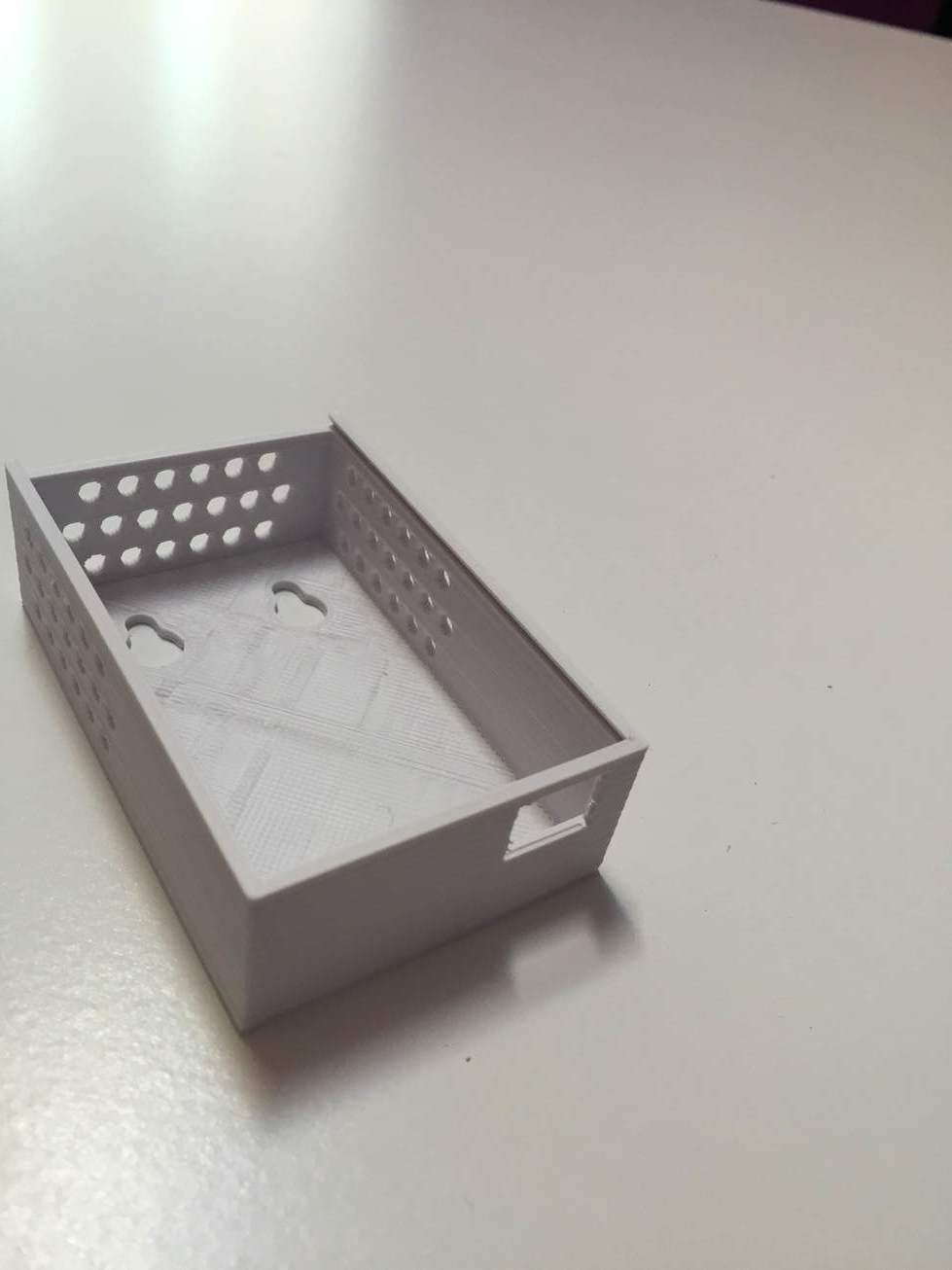 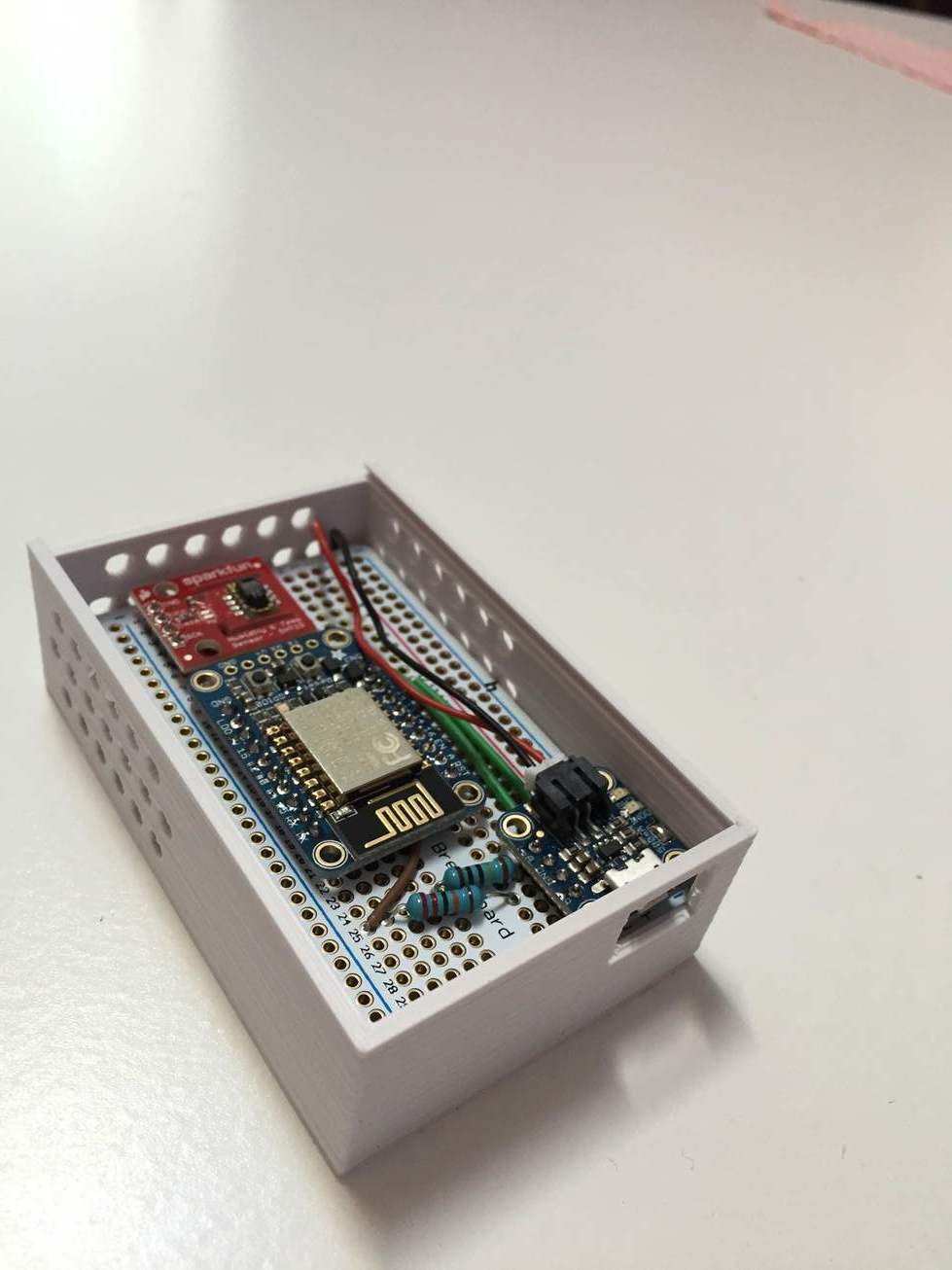 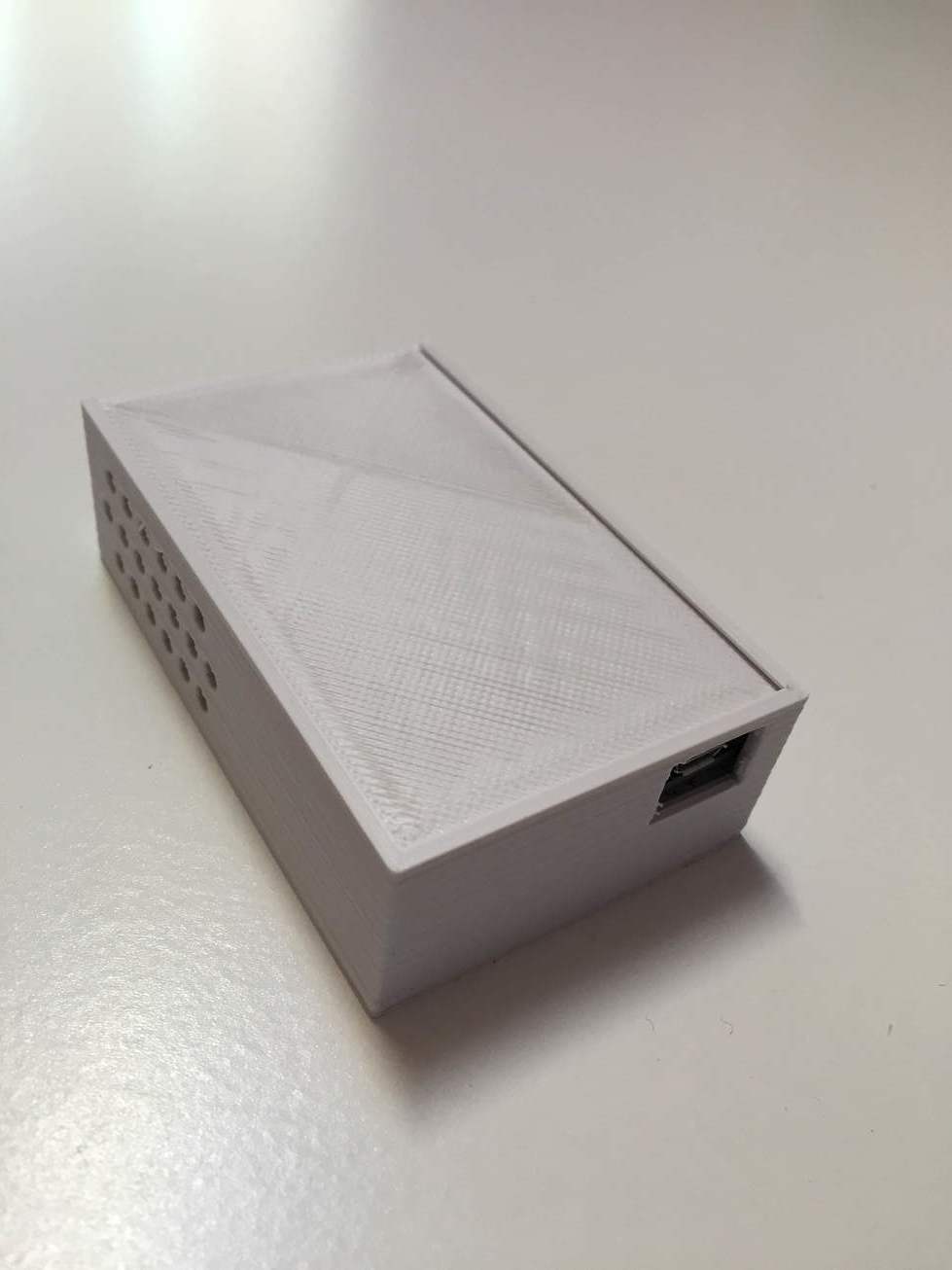 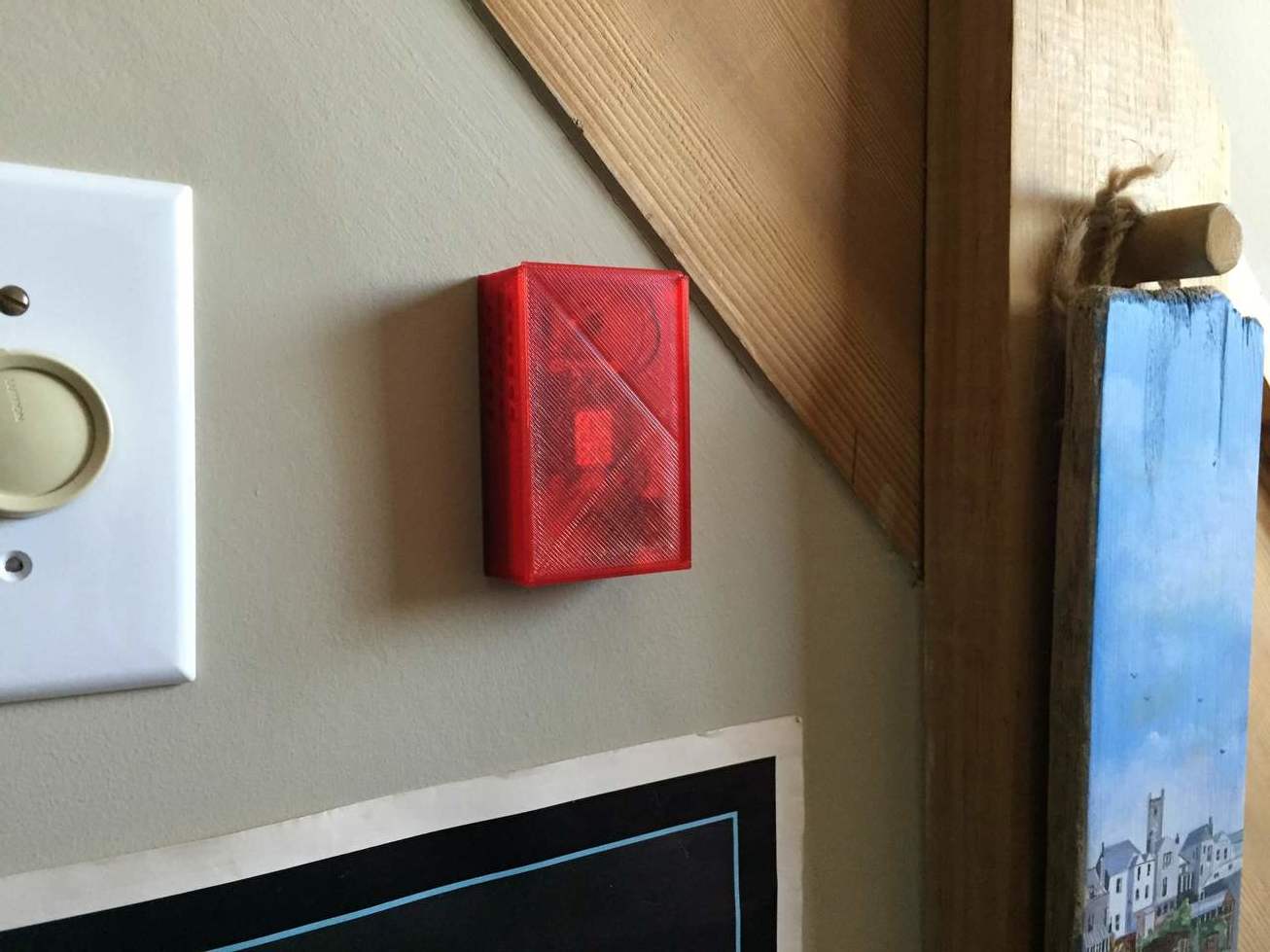 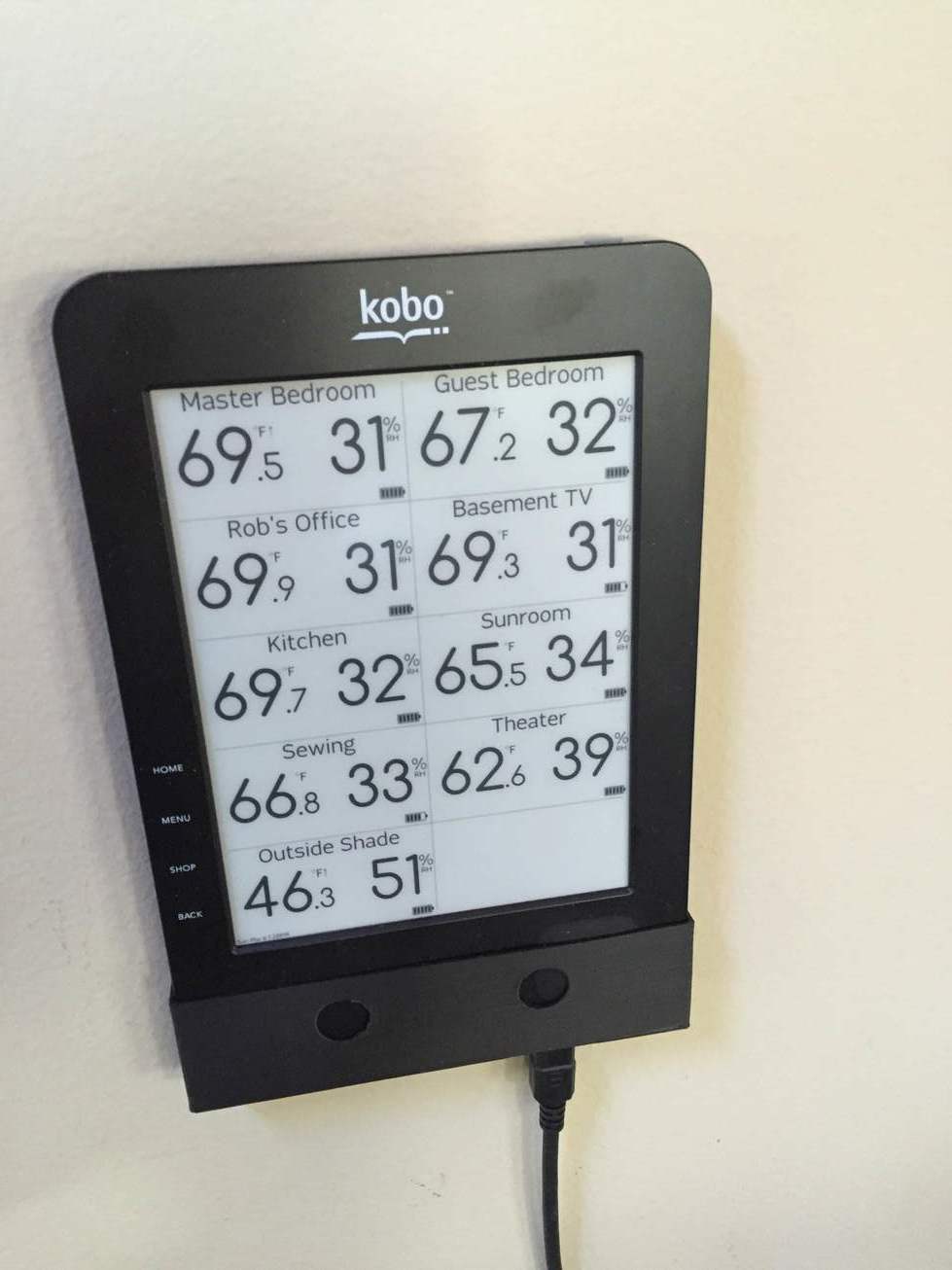 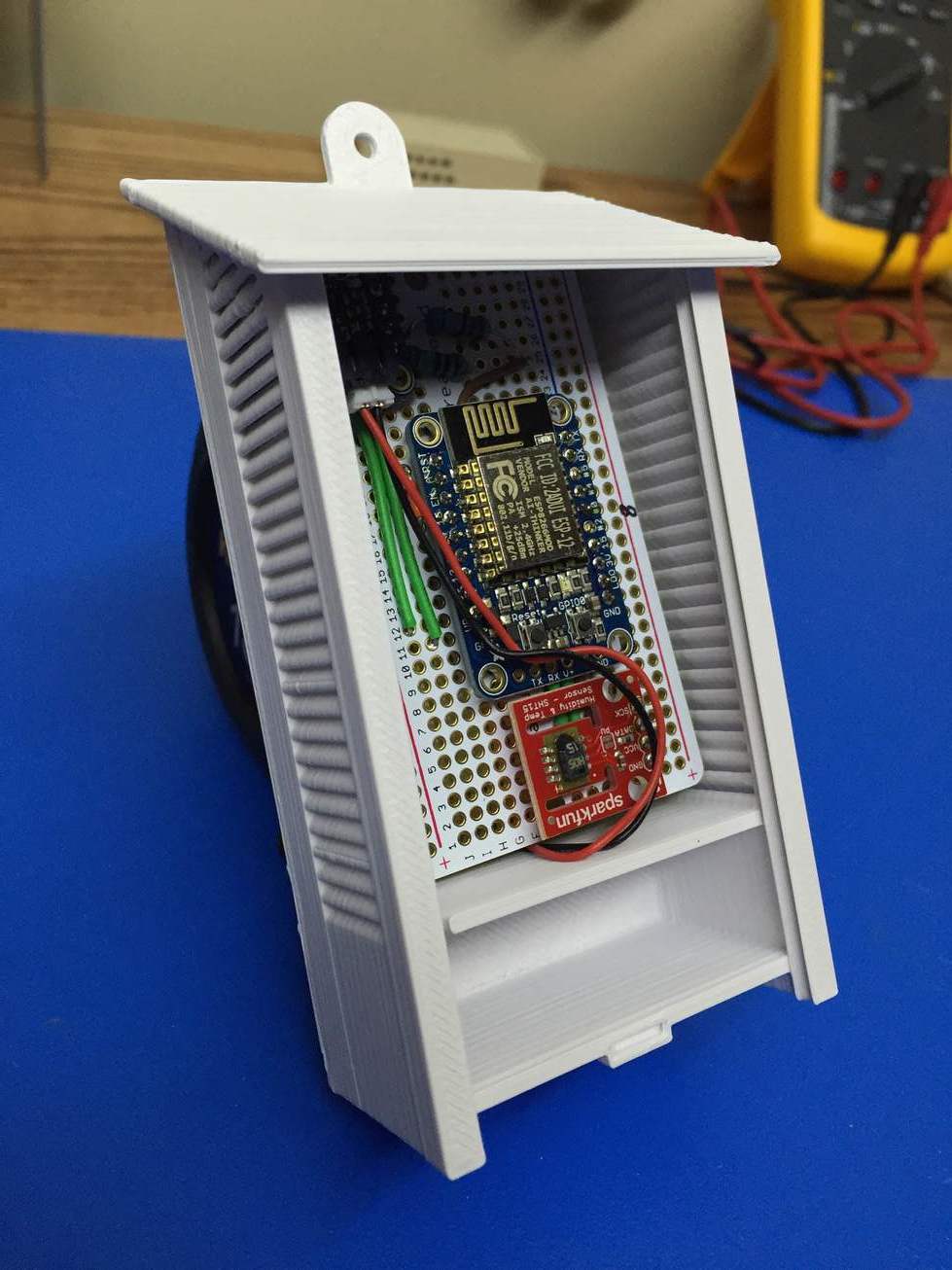 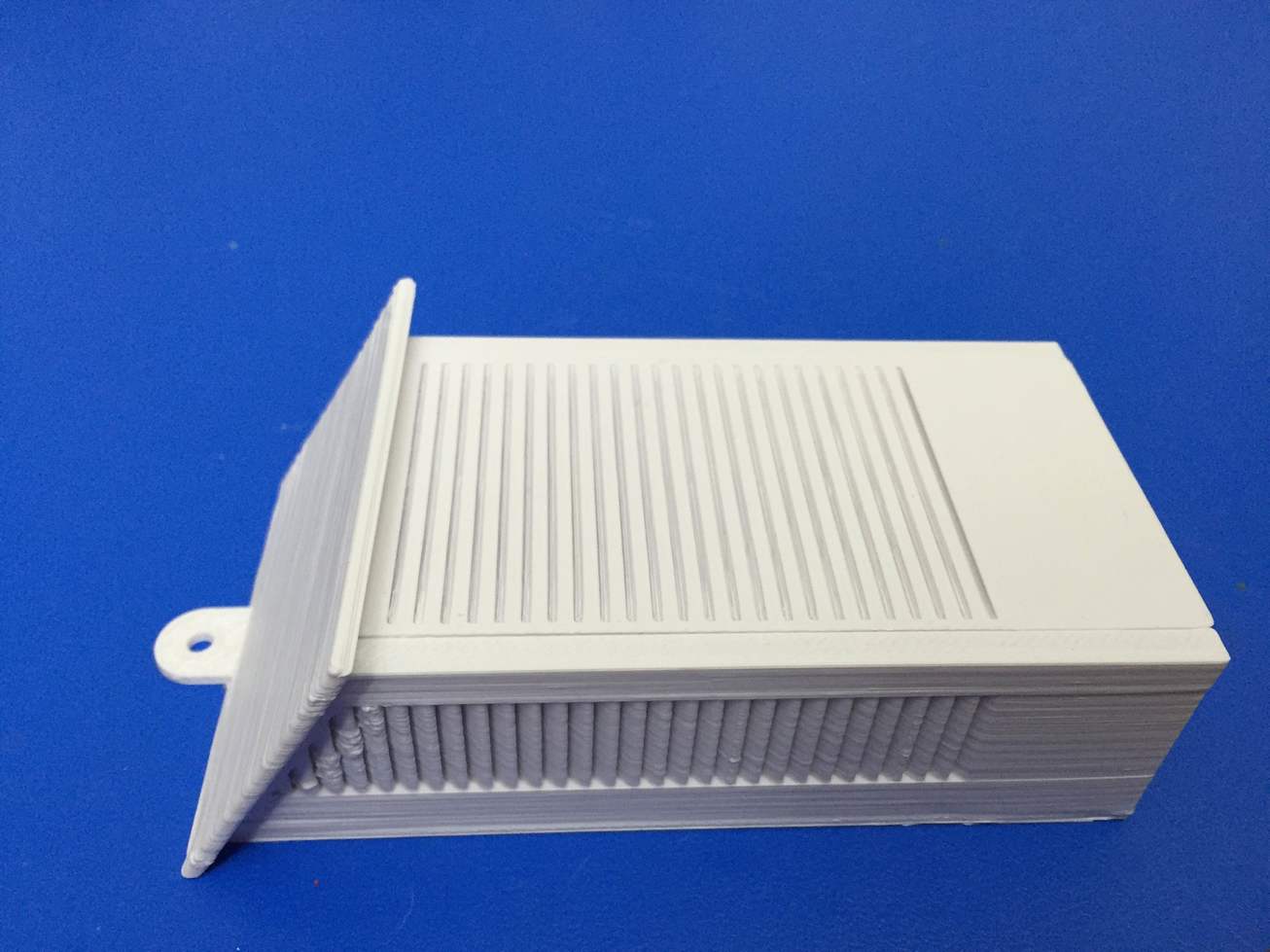 I ended up choosing the following components:

The temp sensor I chose was vast overkill. If I had to do the project over again, I would choose the Adafruit DHT22 Temp+Humidity Sensor instead as it is far cheaper but still pretty accurate

All sensors send a temp+humidity+battery level every 10 minutes over wifi to a linux server running at home.

The first sensor I put outside died within a few hours, probably due to it being 90% humidity and raining. So I decided to get some RTV Silicone sealant and seal up the other outside one. Haven't had an issue with it since sealing.

It also turns out that the ESP8266 microcontroller has an internal method available to read battery voltage (ADC_MODE(ADC_VCC); ESP.getVcc();) so I actually don't need those resistors anymore. NOTE: I've been informed that using this method to measure battery life isn't reliable. The resistor method I used seems to be the best approach.

The inside case I designed I have made available here on thingiverse. I made it with OpenSCAD which is the perfect tool for programmers who need to 3D model something.

The outside case I used is the MySensors Mini Weather Station on thingiverse.

These two links were invaluable for learning how to root the kobo and use it as the display device: http://wiki.mobileread.com/wiki/Kobo_WiFi_Hacking http://www.mobileread.com/forums/showthread.php?t=194376

I needed a way to store resistors for my electronics work.

In researching a solution I found some folks who used test tubes. I loved the idea, but 75+ test tubes would take a lot of desk space.

So I decided I would design a custom rack solution to mount on the wall.

(Click on the images for the full size versions) 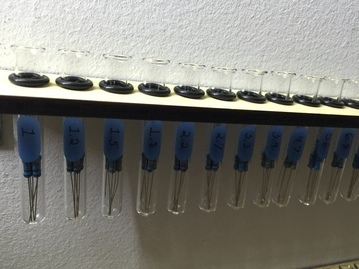 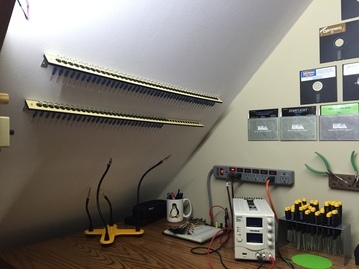 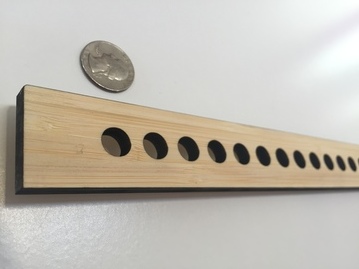 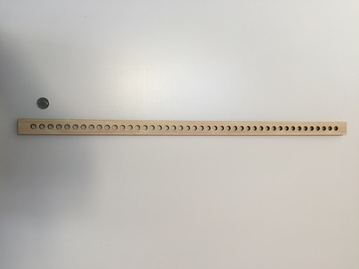 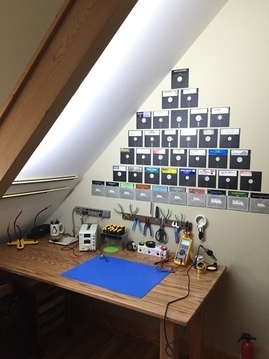